Each year we award the Thomas Gray medal to recognise deeds of professional merit in relation to any aspect of seafaring.

The award has been recognising seafarers since 1925 and was created in honour of Thomas Gray, who dedicated his professional life to improving the professionalism of the maritime community through his role at the Board of Trade in the late 19th century.

Please send your nomination, which must be supported by a citation, to us. You can send it via email or post.

2015 -  Dr John Timothy Carter. Dr Carter has devoted his career in medicine to occupational health in the UK offshore and Maritime Sectors. He has made a hugely significant contribution to seafarer medical issues and matters, both in the UK and internationally throughout his long career

2018 – John Howard – for his significant contribution to safety of life at sea, through the development of a worldwide recognised qualification, career pathway and creation of the international Jack Up Barge Operators Association (IJUBOA) 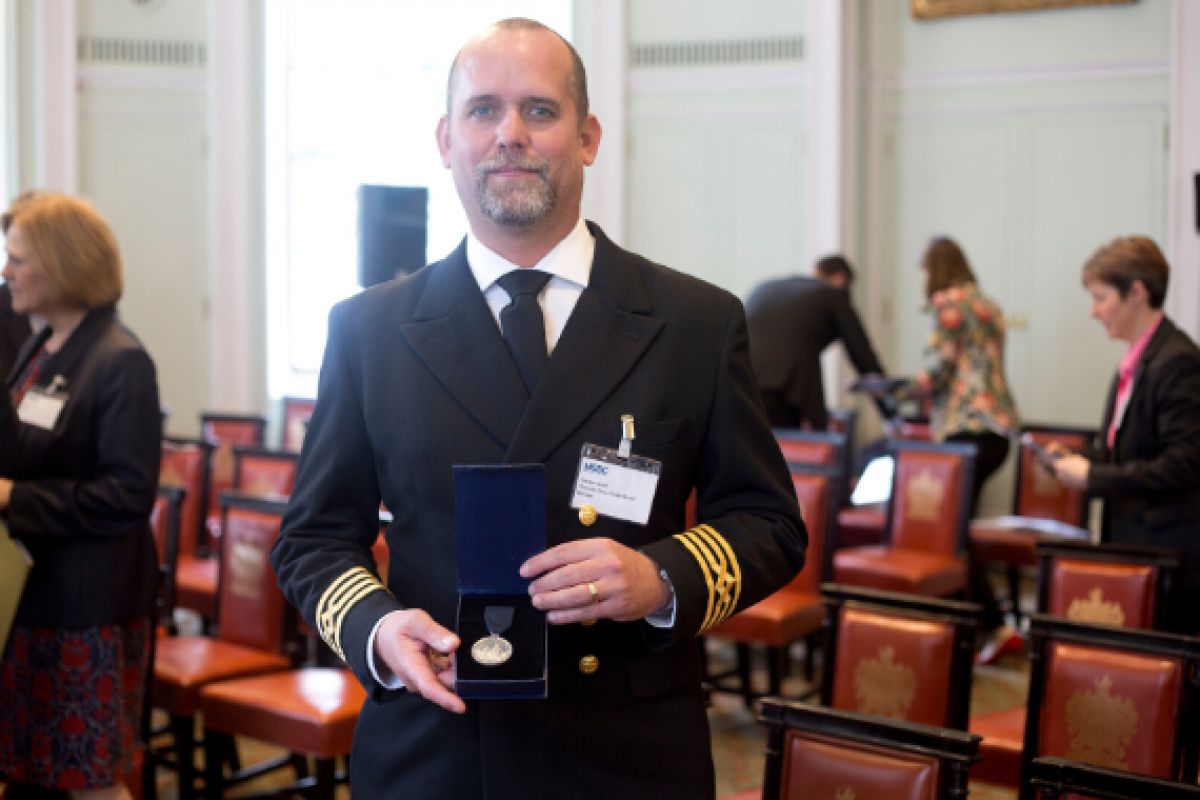 The 2019 medal went to Captain Tristan Gurd, Falmouth Harbour Marine Pilot. For his exceptional and crucial contribution to the successful re-floating of a bulk carrier that was grounded during severe weather conditions that were too hazardous for the pilot boat to go alongside. He braved gale force winds and heavy seas to be lowered aboard from a Coastguard helicopter, going beyond the normal duties of a marine pilot. Operations were difficult and protracted but he made a crucial contribution to the rescue operation. Connecting tugs, despite the tow lines parting, he remained focused and encouraging to the Master of the vessel and tug crews throughout.